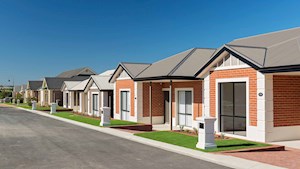 Considerable SARVRA Committee resources have been directed towards a number of major projects over the last five years, resulting in significant benefits flowing to retirement village residents.  Outcomes, to which SARVRA has contributed, include the following:

The new legislation, which came in to effect on 1 January 2018, provides:

The Act introduced mandatory payment of an exit entitlement after 18 months if a dwelling hasn’t been sold or relicensed beforehand. The former Act was silent on this matter, with some residents waiting years before their dwelling was sold and monies paid out. An additional benefit is that a resident is now able to reside in their dwelling whilst it is on the market.

The Act also introduced a standard disclosure statement for new residents, which must include details of all fees and charges that residents will be responsible for prior to entering a village, while residing in a village and upon leaving a village.  This long overdue enhancement to the Act was pursued by SARVRA and assists prospective residents to make an informed decision prior to signing a contract.

The new Act provides for greater transparency of residents' funds including increased consultation regarding the village budget and increased audit compliance, to name a few of the consumer protection provisions.

SARVRA welcomed the increased disclosure and transparency provisions of the new Act. As a consequence, the objectives of our submission on the Regulations were to obtain improved protection for both existing and new residents by way of greater consumer disclosure of information to be provided by operators.

Despite there being only minor differences in the security of tenure instruments between both parties, there is a common denominator in that, under each act, the consumer has a significant equity investment in their residence.

Many of SARVRA's recommendations were subsequently adopted and, in particular, the greater monthly operator reporting obligations whilst a dwelling is being re-marketed.

Considerable SARVRA resources were directed towards resolution of the discriminatory practices of both the Valuer General and SA Water with an announcement from the Liberals (a week before the March 2018 election day) that they would have the matter investigated by a Parliamentary Select Committee within six months of the formation of a Liberal Government.

SARVRA lobbied members of Parliament from both parties and following a detailed submission we received an invitation to present our case to the Committee.

In November the Joint Parliamentary Committee on Valuation Policies and Charges on Retirement Villages tabled its report in the South Australian Parliament with one of the recommendations being the removal of the water supply charge of circa $300 being imposed on retirement village residents.

The legislation has been prepared for the removal of this impost which is likely to be tabled in Parliament late 2020 or early 2021.

The Cost of Living Concession

When changes to the Cost of Living entitlement were announced in 2015 there was confusion regarding the eligibility of retirement village residents. As a result of SARVRA intervention and subsequent discussion with Revenue SA, village residents were able to maintain the revised concessions. Residents who wish to ascertain their eligibility for this benefit are encouraged to telephone the Concession Hotline on 1800 307 758.

In the 2014-15 State Budget, the Government removed the fixed property Emergency Services Levy (ESL) remission (better known as the "general remission") on all properties except the principal place of residence owned by eligible pensioners and concession card holders.

This is not a complete listing, but an indication of what has been achieved by SARVRA.

We represent you within Government for policy changes that will impact your lifestyle, provide information and advice on how these policy changes may affect residents in retirement villages and more.

SARVRA’s mission is to enhance the lives of South Australian residents who live in retirement villages by representing you as one voice within Government, Industry and Retirement Villages.

In South Australia today, there are:

Get in touch with SARVRA.

Fill out the form below to send an enquiry or get in touch and press send message.